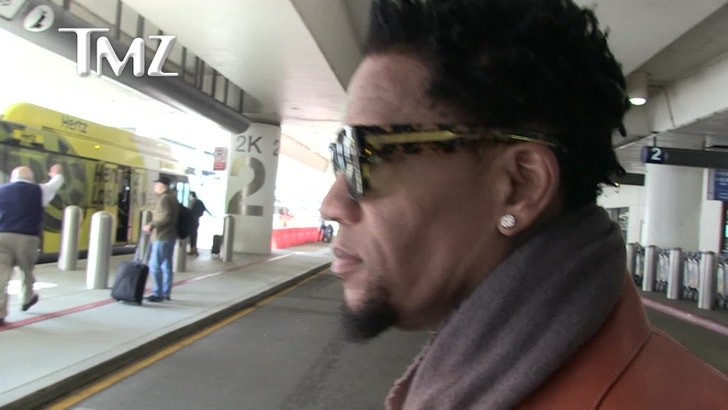 D.L. Hughley is throwing his hands up in disgust at the American electorate, because he begrudgingly admits Cardi B could win office if she's serious about politics.

It's no secret the comedian isn't a fan of President Trump and told us the fact America elected a "game show host for a president" is proof knowledge and experience in politics no longer matter at all to the public. Translation: the door's wide open for Cardi.

Just because he believes it, doesn't mean he's happy about it -- D.L. points out several other professions where you'd NEVER hire someone with zero experience ... yet, voters seem willing to put anyone in high public office.

Cardi's been touting Sen. Bernie Sanders in the Democratic race, and he's surged ahead in the Iowa polls -- so, we asked Hughley if a Sanders-Almanzar ticket would be out of the question.

I think I want to be a politician.I really love government even tho I don’t agree with Goverment
— iamcardib (@iamcardib) January 12, 2020 @iamcardib

To be fair, Palin had much more experience in politics than Cardi B, who said Sunday she's considering becoming a politician.

Hughley makes it clear he wouldn't vote for her, but if she's serious ... he says there's never been a better time for celebs to run.

We dont spam our loyal customers , you can unsubscribe anytime